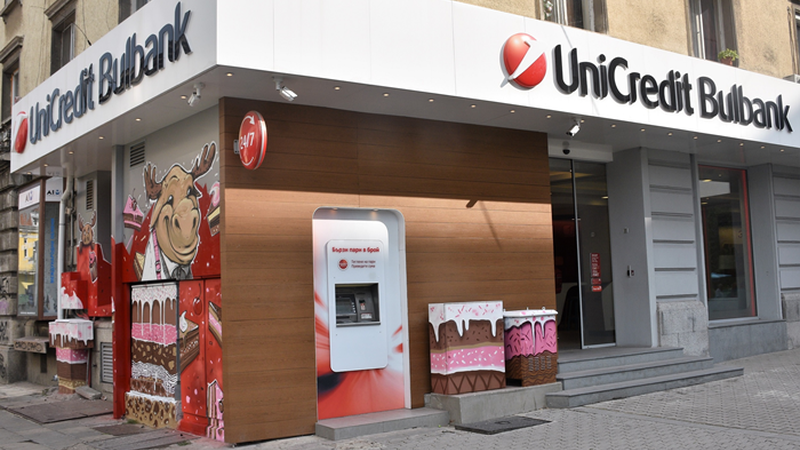 Customers turn to the bankers in the branch for advice on a bank or an investment product.

Meanwhile, the bank employees working in Branches of the Future increased their productivity by 16% in the first quarter of 2019, while the sales in this type of branches are 20% higher than the sales in the regular branches of UniCredit Bulbank.

UniCredit Bulbank was the first bank in Bulgaria to open a Branch of the Future back in 2013. The bank now has 34 branches of this kind - in Burgas, Varna, Velingrad, Pleven, Plovdiv, Pomorie, Ruse, Sofia and Stara Zagora, which is approximately one fourth of the entire number of branches and business centers of the bank.

The Branches of the Future are based on a unique concept which is entirely in line with the main goal of UniCredit Bulbank - increasing the level of customer satisfaction. According to information from the bank, 68% of the customers state that they are extremely satisfied with the servicing in these bank branches, while 52% of them state that they would recommend the bank on the grounds of the servicing they have received at the Branch of the Future.

UniCredit Bulbank's customers also like using the digital channels. Every second a customer receives a service through a banking channel of UniCredit Bulbank. This trend is not surprising, as the use of the Internet in Europe is on the rise.

According to Eurostat, 83.11% of Europe’s population has access to the Internet.  The percentage for Bulgaria is 70.4%, or 4.5 million people.  This means that the number of bank customers requesting remote servicing from their banks is growing.

UniCredit Bulbank now offers such a service and almost five thousand of its customers can now be serviced remotely - via the so called alternative channels of the bank: call center, Bulbank Online, Bulbank Mobile, etc.

According to the bank, UniCredit Bulbank's customers look for a combination of new technologies and traditional banking. This is why UniCredit Bulbank develops both its branch network and its digital channels.