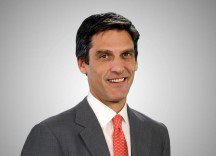 Niccolo started his career at Teksid Aluminum Foundry in 1997 as Process Engineer. In 2000, he moved to Milan and worked at McKinsey as Senior Associate until 2002. He worked at UniCredit Clarima between 2002-2004, as a Director in sales area. From 2004-2006, Niccolт was First Vice President in MBNA (USA and UK).

In 2006 he relocated to Bulgaria where he started UniCredit Consumer Financing as Chairman and Executive Director. In 2009, he moved back to Italy as Chief of Staff for Group CEO, followed by the role of Head of Group Consumer Finance between 2011-2012.

From 2015 – 2019, he continued his career in Yapi Kredi as executive director and Deputy Chief Executive Officer. In addition, Niccolт held board positions in various Yapi Kredi Group subsidiaries. In 2019 he was appointed as co-CEO Commercial Banking ,CEE.

He is member of the Unicredit Executive Management Committee.