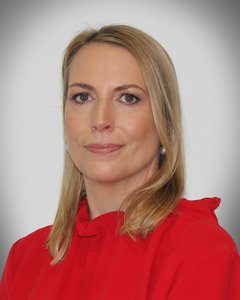 Monika Rast joined UniCredit Group in 1998 and since then built extensive experience.

Monika joined the Corporate Banking Division of former HypoVereinsbank AG in 1998 as a graduate trainee, and became a relationship manager for European Multinational Corporates in 1999. In 2005, she joined the Debt Capital Markets origination team with focus on international financial institutions, where she initially focused on the Nordic region. In 2007, she became Head of the International Debt Origination team for Financial Institutions in Northern and North-Western Europe, as well as North America/Canada.

In October 2015, Monika was appointed as Head of Joint Venture CIB & Corporate Commercial Banking (UBK) of UniCredit Bank AG before she became Head of Multinational Corporates (MNC) Germany in October 2019.