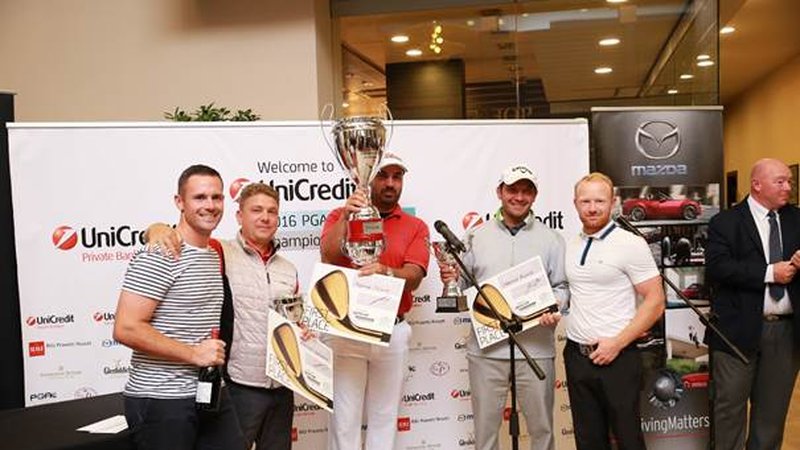 28 teams took part in the tournament. The golf lovers had the chance to play with renowned professionals for two days. The format was 36-hole team stableford, with two best strokes on each hole.

First in the ranking is the team of the professionals Stuart Runcie (Wales) and Graeme Brown (Scotland), together with Nikolay Andreev, Hranislav Kodzhahristov and Radoslav Rashev.

The winning team scored a total of 172 stableford points, followed by the players on the second place - Yuli Velichkov, Stefani Skokanska and Rayan Staykov, with a result of 169 points, together with the professionals Dennis Lohrmann (Switzerland) and Andrew Raitt (UK).

Third, with only a point difference (168), ranked last year's winners, the team of UniCredit – Georgi Demirev, Galin Ganchev and Kosta Sinapov, who played with the professionals Ralph Miller (Netherlands) and Benjamin Nicolay (France).

"We are honoured to host for a sixth consecutive year the most prestigious golf tournament in the calendar of the Professional Golf Association of Europe" – said the Executive Director of Terra Tour Service, Lachezar Todorov. He expressed his appreciation for the long-lasting partnership and support of UniCredit Bulbank, general sponsor of the event, as well as of Mazda, Domaine Boyar and Transimport.

For a sixth consecutive year the golf club is the host of the European championship, which is organized with the support of UniCredit Bulbank. Qualified club professionals from over 20 countries will take part in the four days of the tournament.

The championship starts on Monday, October 10, and on October 13 we will know the name of the European champion.

Further information for the media: