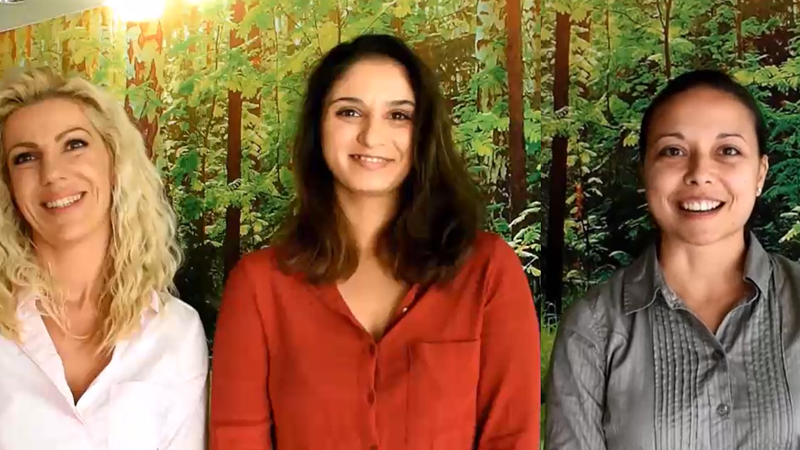 Over 160 true stories competed for the big prize in the True Wish campaign of UniCredit Bulbank. Facing a stark choice, the starry jury of the campaign chose two big winners thus bringing joy to many children. Vouchers for five thousand leva each were given to:

Magdalena Marinova, who wants to have a new playground constructed in Mladost;

Simona Turusheva, who will use the funds to buy a new training carpet for the Rhythmic Gymnastics Club Viktoria.

Both winners were extremely excited about their win.  “The moment I heard about the initiative, I already knew which wish I wanted to make come true,” said Simona Turusheva, whose daughter trains at Viktoria Club. “Making the wish for a new training carpet come true, we invest in what's most valuable for us - the children,” said Simona when receiving the prize.

“I took part in the competition because I do not miss a single opportunity to make my child happy, and all other children that I met during the first year of my motherhood, too,” explained Magdalena Marinova. She encouraged the other parents, too, “to seize each opportunity when it comes”.

The winner of the people’s choice prize, awarded to the participant who received the most likes on Facebook, is Donika Yanakieva, who wants to make her boyfriend's wish to watch a football match in Brazil come true.

In fact, the statistics of the campaign show that it is no accident that three women are the winners. Women turn out to be more willing to make wishes come true and they are over 65% of the participants in the competition.  Data shows that the largest percentage of people dream about a trip, while the smallest - about a wedding.

The jury members shared their reasons for selecting two stories as winners. “I think we made the right choice, addressing issues of social significance and choosing sports and health,” said Levon Hampartzoumian, Chief Executive Officer.  “It was a tough decision, all initiatives were good. At the end of the day we chose sports and children and we hope that we will give more reasons to smile,” said the General Manager of UniCredit Bulbank Enrico Minniti.  “As a mother of a three-year-old child I am particularly pleased with the selection of the winning stories,” said Geri Turiyska, a writer, musician and radio presenter. “There are several driving forces of the world and one of them is love, and the love for our children is the future,” added Magardich Halvadzhiyan, a director and producer.

You can see the winners, the jury and their personal messages on UniCredit Bulbank’s Facebook page.