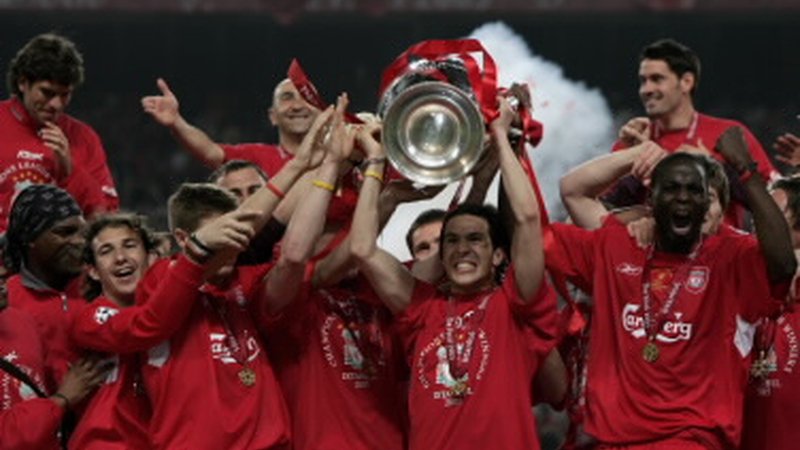 Football fans can meet and get an autograph from the Spain national on December 10th and 11th in Sofia.

Legendary winger Luis Garcia is the official ambassador of UEFA Champions League Trophy Tour in Bulgaria, presented by UniCredit. Football fans can meet and get an autograph from the Spain national on December 10th and 11th in Sofia.

The left winger of Barcelona, Atletico (Madrid) and Liverpool has won the most prestigious trophy in club football, the UEFA Champions League Trophy, while being part of the starting eleven of the British team. The final match between Merseysiders and Milan in 2005, in which he took part, is one of the most dramatic matches of the championship in recent history. In a matter of 6 minutes the British team managed to turn around the score from 3:0 to equal, finally winning the match after penalty shoot-out.

Fans can meet Luis Garcia during the official opening of UEFA Champions League Trophy Tour in Bulgaria on December 10th, 12:30 h at Prince Alexander I Square. They will have this opportunity on the next day as well, December 11th in Paradise Center, 11:00 h.

The most prestigious award in club football, the UEFA Champions League Trophy, presented by UniCredit, will be in Sofia on December 10 and 11. For the first time ever football fans in Burgas and Varna will be able to take a picture with the esteemed trophy on, respectively December 14-15 and December 17-18.

The UEFA Champions League Trophy began its journey on November 20 in Prague and other major cities in Czech Republic and Slovakia.

The UEFA Champions League Trophy is coming to Bulgaria full of emotions for the football fans. Besides seeing the football souvenirs exhibition, the supporters can take a picture with the Trophy and play interactive games.

The programme for Sofia:

A new role for a stronger partnership