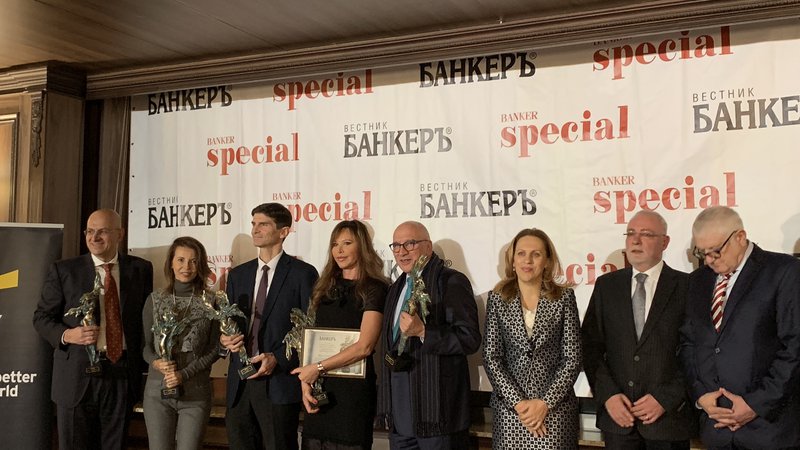 Levon Hampartzoumian, Chair of the Management Board and Chief Executive Officer of UniCredit Bulbank, received the Banker of the Year award for overall contribution to the development of the banking system.

Banker newspaper commented on the fact that he would still have commitments to the bank and the banking system, carrying out supervisory functions at UniCredit Bulbank.

‘I would like to thank Banker for the award. The strong team at the Bank will continue its development’, said Mr. Hampartzoumian at the ceremony. He has recently said that UniCredit Bulbank is strong, stable and well-prepared for future growth, sharing his confidence that Teodora Petkova is the right person who will go in the same direction, leading the bank to success.

Levon Hampartzoumian has already received the Banker of the Year award in Bulgaria twice: he was presented with the award by Finance Central Europe magazine in 2005 and by Banker in 2007. In 2012 Manager magazine gave him the Manager of the Year award. In 2017 he was conferred the CEO of the Year award for CEE by EMEA Finance. In 2008 Mr. Hampartzoumian received the Order of the Star of Italian Solidarity (Ordine della Stella della Solidarietà Italiana) and was conferred the title Commendatore by Giorgio Napolitano, President of the Republic of Italy. In 2015 he was awarded the Grand Decoration of Honour in Silver for Services to the Republic of Austria.