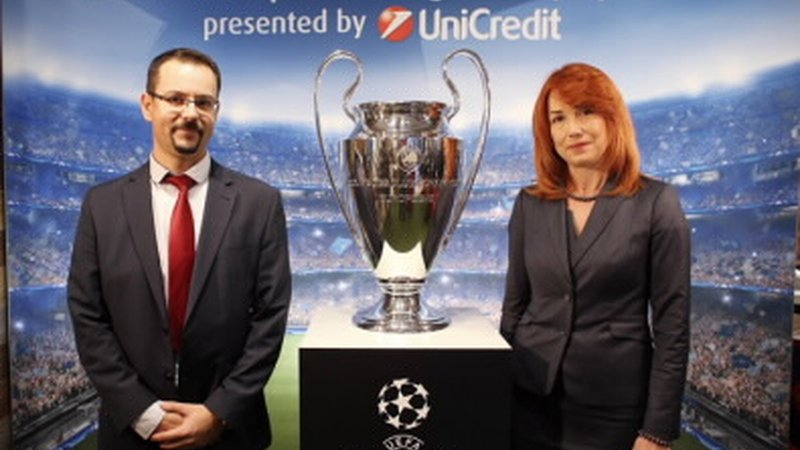 For the first time in its history, the Trophy is in Varna – on December 17 and December 18;

Ilian Iliev, a long-serving Bulgarian footballer and coach, attended the official opening of the tour in his home city.

The final of the European tour of UEFA Champions League Trophy, presented by UniCredit, is in Varna.

A special guest of the official opening in Varna today was Ilian Iliev, a long-serving Bulgarian footballer and coach.

Varna is the third stop of the UEFA Champions League Trophy Tour in Bulgaria. In the last seven days, it brought happiness and excitement to thousands of football fans in Sofia and Burgas.

“We are here with the Trophy to confirm the ambition of UniCredit to be near you, the people and the companies in Varna, to be part of the positive emotions in your daily life”, commented Yordanka Panova, regional director of Corporate Banking for Varna. She wished her fellow citizens to see soon a team from Varna or at least local football talents playing for this most coveted trophy.

“It is great that out of all European countries, Bulgaria, and especially Varna, were chosen for the final of the European Trophy Tour, presented by UniCredit. As you know, only the best make it to the final”, said Borislav Mandzhukov, UniCredit Bulbank Retail Banking regional director for Varna.

UEFA Champions League Trophy started its tour on November 20th in Prague, Czech Republic. After that it travelled on through Liberec, Pilsen and Trnava (Slovakia), Sofia and Burgas (Bulgaria).