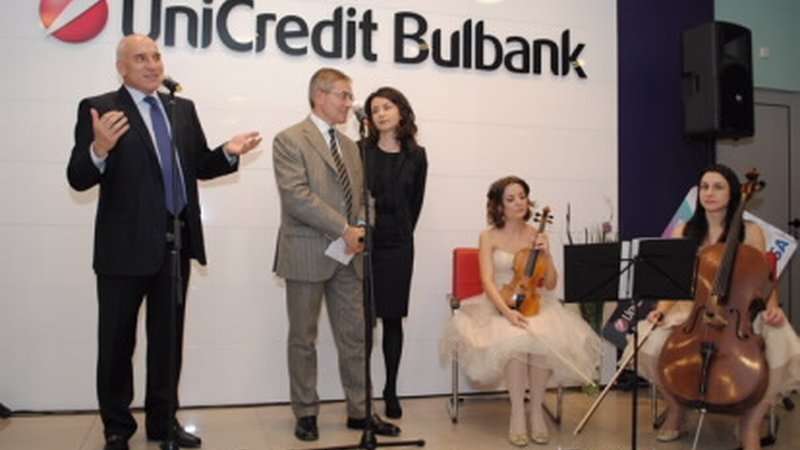 With the opening of the first bank branch for women in Sofia, UniCredit Bulbank officially sets the start of a specially developed service model and product line for women, which will be available in the whole country;

A distinguishing advantage of most of the Donna products is that they offer preferential conditions during the first three years of motherhood and a percentage of the paid interests/fees goes to the social causes on the website www.save-darina.org.

Nearly 54% of the deposits opened in UniCredit Bulbank are held by women, shows data of the bank. At the same time, men have a predominant share of credit cards - 53%.

“The statement that women are spending the money saved by men is about to become history”, commented Pasquale Giamboi, Head of Retail Banking Division at UniCredit Bulbank. In his opinion, thanks to their strengths in business and personal life, more and more Bulgarian ladies hold the finances in their own hands.

In order to meet the growing demand of women for banking services, as well as their individual needs, UniCredit Bulbank has opened the first bank branch for women in Sofia and 13 specialized service zones in its bigger branches across the country – in Sofia, Plovdiv, Varna, Burgas, Pleven, Ruse, Veliko Tarnovo, Blagoevgrad. The specialized branch in Sofia features a unique and modern interior design and is situated on 58 Alabin Str. It has a kid’s play area where mothers with little kids can comfortably wait to be served and can find plenty of entertainment for the bank’s little visitors.

At the same time, since the beginning of the year UniCredit Bulbank has been offering a product line with the brand name “Donna”, especially tailor-made for ladies. The product series include a deposit, a consumer loan, an investment loan, a credit card, a debit card, a car leasing. A significant advantage for the female customers of the bank is their participation in Donna Ladies Club.

“The Donna cards have been created especially for the lifestyle and needs of the modern woman, offering at the same time new possibilities for using a great number of discounts and for supporting various social causes”, explained Pasquale Giamboi. He added that he believes that all women who are present or future mothers would be happy to have the possibility of a quick and convenient way for them to make a donation for children in need.

With the issuing of a credit or debit card “Donna” each lady receives a special catalogue with a rich selection of bars &restaurants, shops, hotels, tourist agencies and many more, where women can get discounts varying between 5 and 40%.

The number of women using credit cards has grown by 47% for two years, reaching 27.3 thousand, shows the data of UniCredit Bulbank. An increase is seen also in the mortgage loans taken by women, although by the much lower 9%. At the same time, there is 7% reduction in the number of women who have taken a consumer loan in the past two years. In this way, in 2010, slightly more than 30 thousand of the women – customers of UniCredit Bulbank have used such a type of loan, while this year the number of women using this product has dropped down to – around 28 thousand.

For the period 2010-2012, nearly 12% more women have opened a deposit in UniCredit Bulbank and currently their number is 93 thousand. The number of debit cards of ladies for the same period in the bank has grown by 44%, reaching 342 thousand. For the past two years, the number of current accounts opened on behalf of women has grown by 55% to a little bit more than 416 thousand.

To this moment women have a greater share also among the active customers of the bank – 52%, as a main part of them are in their most active years, aged between 25 and 55. Women using bank services, who are under 25 years, represent only 8%.