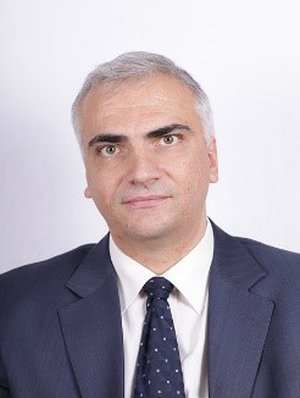 Velko Dzhilizov is a member of the Management Board of UniCredit Bulbank and Head of Legal Department. He started his career in Bulbank in 1996 as an Internal Auditor in Internal Audit Department. In 2002 he became a legal advisor in “Credit and risk management” Division. He was responsible for legal consulting of loan and collateral deals for Corporate Customers, and in this position he participated as a legal consultant in some of the largest project finance transactions in Bulgaria.

From 2004 until 2007 he was a Senior Legal Advisor in Legal Department, and in the period June 2007 – July 2012 he held the position of Senior Manager of Legal Support to Corporate, Investment and Private Banking Unit of Legal & Compliance Department. In this position he coordinated the organization, the management and the quality of the legal support to Corporate and Private Banking in Sofia Region, including the legal support to key clients’ and international clients’ deals and different types of financings, real estate projects, restructuring, mergers and acquisitions, etc.

Between 2012 and 2013 Velko Dzhilizov was a Deputy Head, and in 2013 became Head of Legal & Compliance Department and a Member of the Legal Committee with the Association of the Banks in Bulgaria.

From 2016 he holds the position Head of Legal Department in UniCredit Bulbank.